The second product that the fellas over at Body Jungle sent me to try was the Studio Collection Sexy Secret Bullet. This toy came in the same box as the A:Muse massager by Lifestyles, which was a plain, brown package with a nondescript label. There's no markings to let anyone know what you've ordered, which is always a great plus for a company.

When you pull this toy out of the box, it comes in a black package with the name of the product and the brand on it. This isn't the most discreet, but it doesn't have any lewd sayings or naked women on it, either. This packaging isn't really resealable, so it's not ideal for storage.

The front has a clear area where you can see the compact, though it's just black so it's fairly discreet. It states that it's a "Sexy Secrets Compact," the name of the line, and the name of the brand. If someone only sees the front of the box it's hard to tell what it is.

Here's a picture of the front and the back: 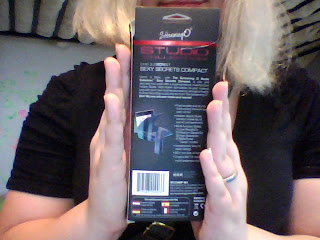 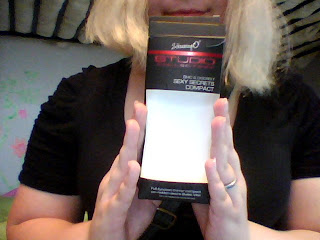 The compact, that seems to match the theme of this entire line, is entirely made of shiny, black plastic. There is a red emblem on the front that stated the brand and the name of the line, along with a red and white decal. If someone looks closely at what this says they're going to get suspicious, but if this is just out on the counter it's going to blend in well.

It's about 3 inches long and 2 inches wide, and it's about an inch thick at the deepest area. It's a nice size to slip into a purse or drawer, though it's a bit larger than most compacts I carry around with me. If someone REALLY gets curious and opens it to only find a mirror they might be skeptical of why it's so thick.

Here's a picture of the compact VS a pen: 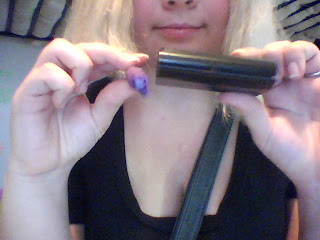 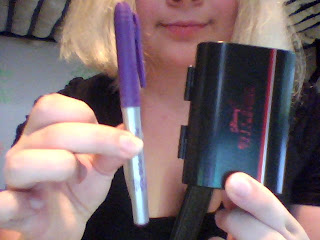 When you open the case up, there is a small mirror in the top part that is pretty functional as a normal compact. It's okay to check your make up in, though it doesn't magnify your reflection like some compacts offer. My main complain is that it just is a bit... Off. Off in the way that if you look at your full reflection for more than a few minutes it feels like you're going cross eyed.

My main issue with this case is that it doesn't stay closed. It's loose and pops open even without me touching it, which leaves the bullet and batteries rolling around my purse. This really defeats the purpose for me. The solution I've found is to keep a hairtie around it. Here's a picture of the mirror and the insert with the bullet in it: 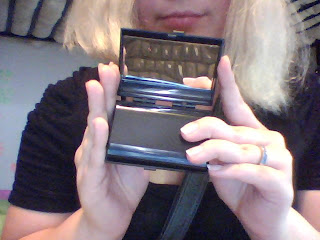 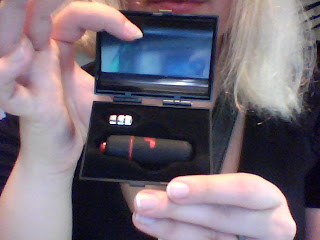 The Sexy Secret Bullet is about two inches long and about one and a half inches around. This is a pretty standard size for a toy like this. If you hold it for a prolonged period of time it may cause your fingers to get tired because of the small size, but it's also a lot more convenient and easy to store because of that. Here's a picture of the bullet VS a pen (sorry it's a bit blurry!): 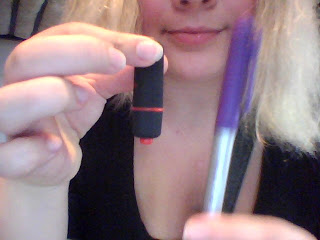 Power wise, this thing is better than a few larger toys I have (See the A:Muse massager I reviewed last) and I think that it should be enough for most women. On high I would say it's about a 3.5/5 in power and a 1.5/5 in noise level.

The fourth pattern is REALLY odd, and it repeats itself at least after five minutes. It's really nice to see a 'random' pattern that really is that random, and it's something that I tip my hat to Screaming O for doing. If you're interested in something like that, this is a cheap way to try it.

The Screaming O bullet is also entirely waterproof, which is awesome news for those of us who like to play in the shower. You can see the red o-ring in the image below that seals when you screw the base on to keep all water out of the battery compartment: 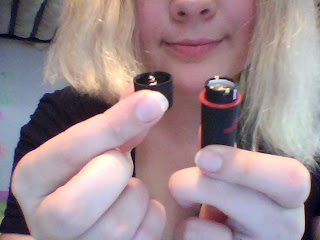 Another awesome feature I want to point out is that if you remove the cap and revolve it 90 degrees, then press the base down it becomes 'travel locked. You can easily take the cap off again and set it right, but the toy won't turn on at all when it's set like this.

I would HIGHLY recommend this product for the bullet, because it's strong, quiet, waterproof, a good material, and it has such a neat pattern. If you think that you would like it, too, you can find it right here. If you're not too into this one that I got to review, Body Jungle has the most stock of any store I've seen, so they're almost guaranteed to have SOMETHING that will pique your interest!